The Rise of the Nom & Gov Committee 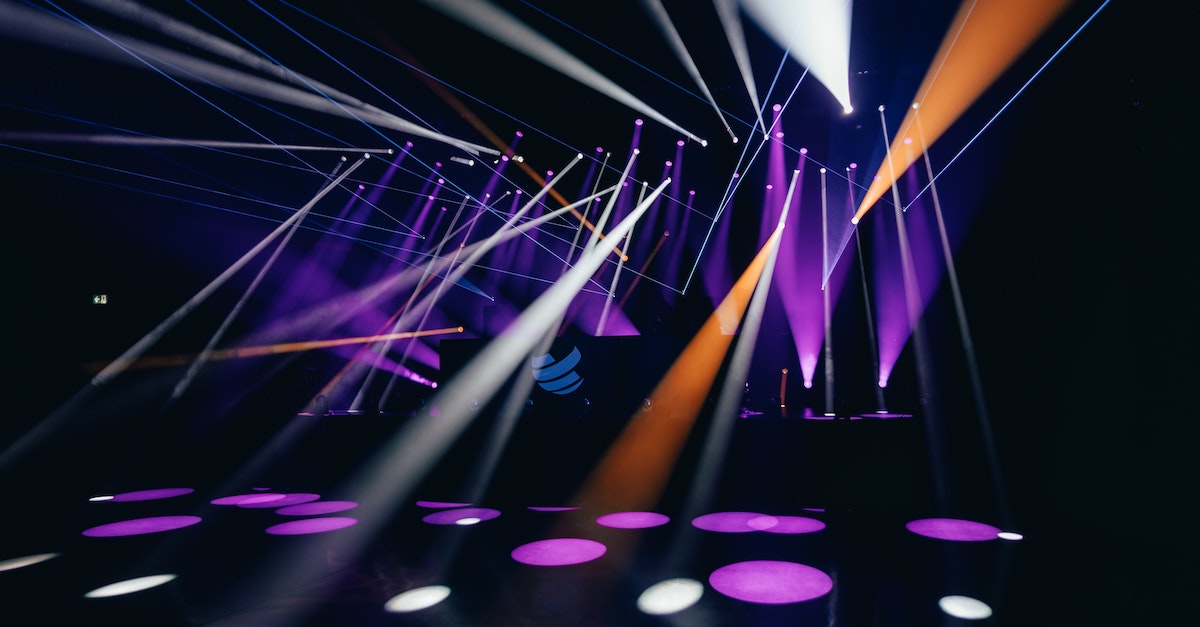 It’s no secret that a board’s roles and responsibilities are more complex and more challenging than ever before. With the multitude of issues at hand–whether it’s shifting political and economic variables, or an increasing emphasis on DEI and ESG–the spotlight on the board of directors has never been more intense.

With a changing list of priorities, the hierarchy of board committees is changing as well. Over the last two decades, Audit and Compensation committees gained increased responsibility and garnered the lion’s share of attention on the board. The role of the Nominating & Governance committee was relatively undervalued by comparison.

But as new, complex issues become a priority, it’s the Nom & Gov committee’s time to shine. Not only are there more eyes on Nom & Gov, but its scope is expanding.

We think the emphasis on Nom & Gov is here to stay. To understand why, we need to look at the changing dynamics and the evolution that led to the current board committee structure.

The era of Audit and Compensation

Enron’s collapse at the beginning of the 2000s illuminated a lot of deficiencies within the boardroom and highlighted the importance of the board’s role in fiduciary oversight and accountability. The passing of Sarbanes-Oxley in 2002 ushered in much higher expectations of the board Audit committee. As a result, the profile–and the overall workload–of the Audit committee increased substantially.

Similarly, we saw the Compensation committee take center stage after the financial crisis of 2008. Dodd-Frank, passed in 2010, regulated and put a strong emphasis on executive pay and the transparency required for the board to oversee and determine CEO compensation on an ongoing basis. Thus, the Comp committee also took on increased responsibility.

As both Audit and Comp took on more work and gained higher visibility within the board, we saw a new pecking order start to develop. The Audit committee was on top, reflected in both workload and compensation. The Comp committee was second. And the Nom & Gov committee was third, earning less money and getting less attention. Granted, Nom & Gov had less pressure on it than the other two committees and did not play as prominent a role. But as the tide turns and priorities shift once again, it’s time for Nom & Gov’s close-up.

Today, the social and political climate is shaking up the board hierarchy. Various movements over the past few years–climate change, Black Lives Matter, the rise of ESG and DEI–including California diversity legislation for boards–have put an emphasis on positive board initiatives that fall under the purview of the Nominating & Governance committee. Additionally, with third-party institutions now evaluating companies on many of these initiatives (for example. MSCI giving companies ESG ratings), the world is starting to notice when corporations let these types of initiatives fall to the wayside.

In Shearman & Sterling’s 2022 Corporate Governance & Executive Compensation Survey of the 100 largest U.S. Companies, the workload shift amongst board committees is clear: 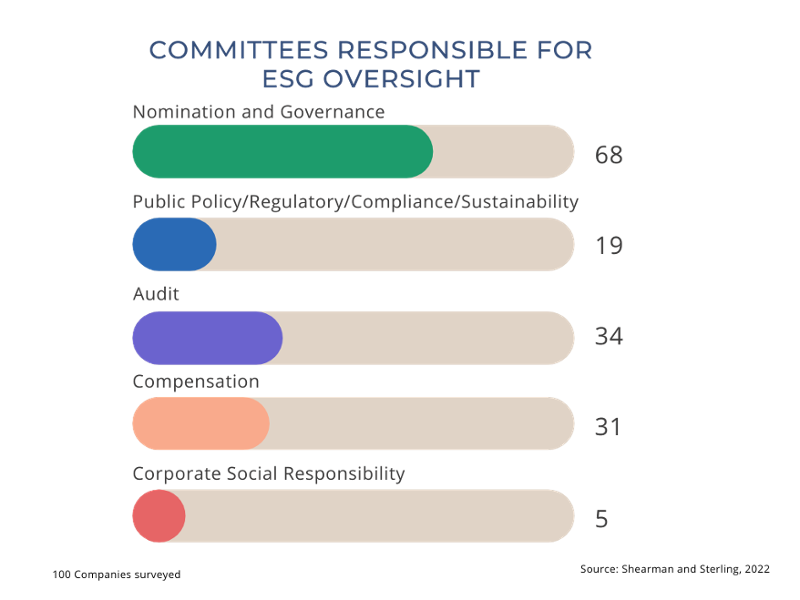 (SS note: Of the 87 companies that disclosed which board committees had responsibility for ESG oversight, 53 or the Top 100 Companies identified two or more committees responsible for such oversight)

Of the 100 companies surveyed, 68 indicated that the responsibility of ESG oversight should fall on the Nom & Gov committee. Additionally, according to the 2021 BDO Fall Pulse Survey, “building a more diverse board and leadership team is a near term (12 to 18 months) priority for 55% of individual public company directors.” In more companies than ever, Nom & Gov is taking the lead on these incredibly important and prioritized company initiatives. Not only does that increase Nom & Gov’s workload, but it increases overall responsibility.

As the world changes, so does the board

We think that in the coming decades, as these issues shape the world we live in, they will shape corporate behavior as much as financial upheavals did in the first 20 years of the century.

It’s tough being in the spotlight, but it’s also exciting and challenging. We think it will bring out the best in Nom & Gov.

Given what’s on their plate, maybe it’s time for Nom & Gov to get a raise.

Get the latest board news and thought leadership

If you want to learn more about how boards and their committees are navigating today's issues and business priorities, sign up for Director's Domain, our newsletter. Get the latest board news delivered to your inbox daily.